NOMINEES TO THE VESTRY 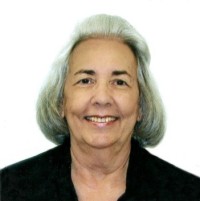 Carmen is happily retired and a member of Saint Mark’s parish for the past two years when she moved to Ft. Lauderdale from New York. Carmen was born in Cuba and migrated to the USA back in 1951, where she finished her education. She was married and has two wonderful, children Gisela and Gene, who are married. Gisela gave her the happiness of two grandchildren, James and Jordan, and a wonderful great-grandson, Jax Patrick. Gene has no children. Carmen worked for many years in the Cosmetic and Pharmaceutical industries, with the opportunity of traveling extensively throughout Latin America and England. Carmen lost her husband Mike to the Lord 12 years ago.

After secondary school, Norm entered a Franciscan seminary to study for seven years for the priesthood. He then studied for four years at the National College of Chiropractic in Chicago and practiced for 31 years as a Chiropractic physician in Fort Lauderdale while serving 1 year as president of the Florida Chiropractic Association. He studied for four years (part-time) to become a Roman Catholic permanent deacon. During his 34 years as a deacon, Norm obtained the Dr. of Ministry degree from the Graduate Theological Foundation. He published three books: Miracles, Messages, and Metaphors Unlocking the Wisdom of the Bible; The Whole Story the Wedding of Science and Religion; Behold the Man (currently being published). Norm is currently writing a fourth book: Church Emerging. Norm presented over 200 parish retreats throughout the nation over 16 years, with some dioceses providing it as credits for licensure of its religion teachers and catechists. Norm assisted in the management of a 2000 family parish by planning liturgy, preaching, teaching adult education, and serving as a spiritual director. Norm was reported in 2013 for advocating during a private conversation for the ordination of women and was received into the Episcopal Church in 2014. Norm Carroll believes the precious Church of Saint Mark’s will succeed to the degree it absorbs and reflects the life and teaching of Christ and spreads that message of Christ throughout the surrounding community. Norm would feel privileged to participate in a leadership role in this effort.

Gail was born September 22, 1938, after her parents were evacuated by Coast Guard cutter from Fire Island as the hurricane nicknamed “Long Island Express” roared up the East Coast – hence her name Gail. “Hurricanes were unheard of in New England then, and of course not named until 1950”. Gail was raised and educated in the north at a college in Pennsylvania, eventually ending her college years to marry a local boy who was a licensed captain of a 112-foot yacht taking summer cruises on Long Island Sound. They traveled to Florida during the winter, along the Intracoastal Waterway, to Bahia Mar, where she continued to crew for him until the babies arrived. Eventually, they moved to Margate, Florida in 1959 with their firstborn son Christopher; they had a second child in 1961. Christopher drowned in the spring of 1961, after which they moved to Wilton Manors in 1962, where they had their third child and have lived ever since. Having divorced in 1969, Gail was thrilled to be offered a position at Saint Mark’s, teaching 5th grade. During her 30 years teaching at Saint Mark’s, Gail taught every subject except music, Spanish, and physical education. Saint Mark’s offered incentives for faculty members to take continuing credits at Florida Atlantic University, and she added nine subject areas to her Master’s degree certificate. Gail taught Latin and algebra in our short-lived Episcopal High School and ended her career as Media Specialist. Gail met her husband David during Confirmation class in 1973; they were married in Natchez, Mississippi, and have raised two girls and a son, as well as their granddaughter, Amy. David passed away last June after 48 happy years. Many years ago, David presented Gail with a birthday gift of a crypt in the Saint Mark’s Memorial Garden Wall, saying he knew that she wanted to be forever at Saint Mark’s! And he was right. While at Saint Mark’s, Gail has served in the choir and as a Lay Reader Preceptor, Acolyte Preceptor, and Licensed Eucharistic Minister. She was Director of Religion for the school, acted as Yearbook Advisor, and completed her studies at Trinity Cathedral as a VergerGail attends the Sunday 10:30 service and feels honored to be considered as a Vestry member. One of her goals on the Vestry is to see the re-establishment of the Men’s Club. 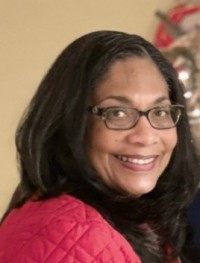 Pia has been a member of Saint Mark’s for the past twenty-nine years. She is a widow and has two children, Leighann and Philip Delvaille. Pia has served on different committees at Saint Mark’s, including the Board of Trustees and the Vestry. She is currently serving on Saint Mark’s Search Committee, the Standing Committee for the Diocese of Southeast Florida, and a member of the Saint Mark’s Daughters of the King. Pia is a Registered Nurse by profession and is currently the Director of Cancer Services at Broward Health Medical Center. 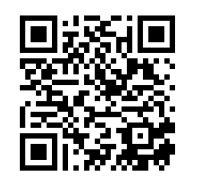 Scan the QR code with your phone, or click the image on your computer. You will be taken to OnRealm, our secure payment portal.

If you haven't made your pledge yet, please do. We need the pledges so that we can complete our budget for the coming year.

You can also text your donation to 73256, code:SMECH